A Compound Solution: The chemistry of religious and secular cooperation in Israel

From Ultra-Orthodox to secular, Jews in Israel have traditionally run in separate circles—defined by their differences. But Efrat Shapira Rosenberg, who was raised in an Orthodox home, is bucking the trend: she lives in a mixed community of religious and secular Jews, and her children attend school with a similarly diverse student body. She’s joined by a growing number of Israelis who refuse to allow their affiliation or lack thereof to define their political and social stances. As a result, new coalitions are forming across identities: religious feminists are cooperating with secular leftists around the issues of women’s rights, secular and liberal Orthodox Jews are together calling for separation of church and state. Efrat Shapira Rosenberg will share the untold story of these unlikely allies: Israelis in search of a new-old Jewish identity. 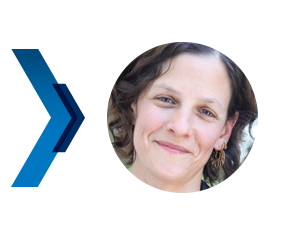 Efrat Shapira Rosenberg grew up in an Orthodox home and attended religious Zionist schools, but tension between secular and ultra religious Jews, including the assassination of Yitzhak Rabin, changed her religious, political, and social worldview. Since then, the concept of Jewish pluralism has become a priority for Rosenberg. As a program officer for the AVI CHAI Foundation, Rosenberg works to build Jewish identity among secular young adults in Israel through philanthropy and projects of Jewish Peoplehood. She hosts programs about Jewish society on Israeli Channel 2 News and previously hosted the Friday morning news on Israeli Channel 10. Rosenberg holds an LL.B from The Hebrew University of Jerusalem, a master’s in public policy from Tel Aviv University, and is working on her doctoral thesis on gender studies at Bar Ilan University.

This presentation is part of the 2017 Israelity speaker series, “Coexistence.” This year’s featured speakers will bring different Israeli perspectives to Cincinnati to discuss their efforts in building Israel’s shared society. The series is brought to you by the Jewish Federation of Cincinnati in collaboration with the Jewish Community Relations Council and the Mayerson JCC.