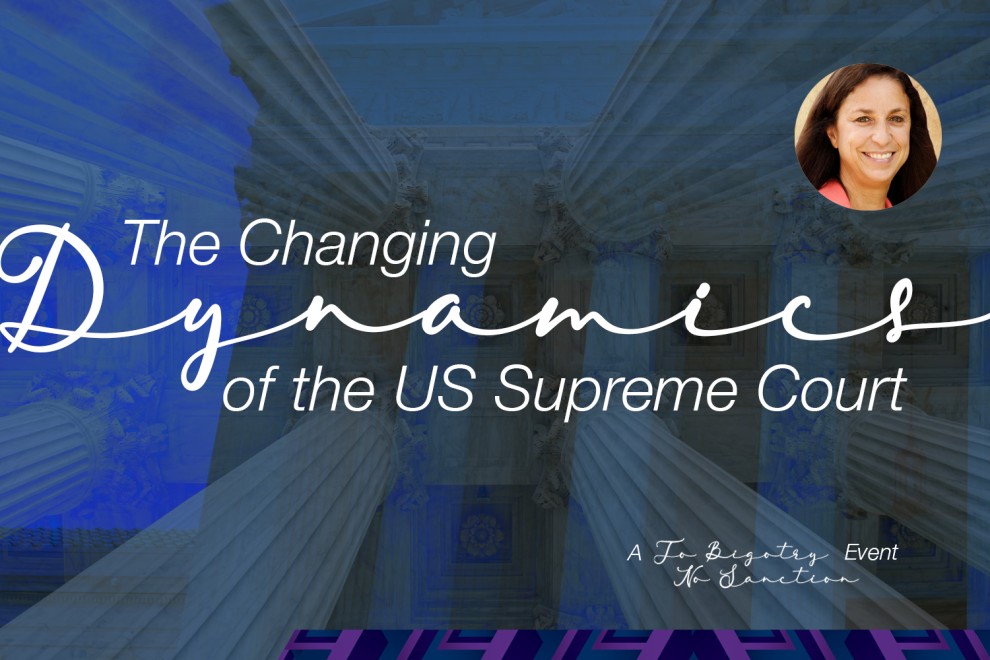 The six-part virtual series will be open to the public. This is the second event in the series, which will take place on Friday, April 23 at noon.

As the highest court in the land, the Supreme Court of the United States holds the responsibility and obligation to ensure equal justice under the law. As diverse Americans continue to push ideologies and policy positions onto their representatives who in turn enact laws, how is the Supreme Court interpreting the constitutionality of such legislation as it relates to our first amendment rights? Join Ronna Greff Schnieder, Constitutional Law Professor at the University of Cincinnati, as she unpacks the tensions between free speech and hate speech, the friction between religious liberties and civil liberties, and other challenging dynamics facing the US Supreme Court in dynamic and difficult times.

This event is brought to you by the Jewish Community Relations Council. It is co-sponsored by Adath Israel Congregation.