The Abrahamson-Goldman Temple was dedicated when Cedar Village opened in 1997. I.D. and Emma Margaret Goldman had left a large bequest to Glen Manor (the former Reform Jewish home which was merged into Cedar Village along with the Orthodox Jewish Home), and their daughter,  Linda Abrahamson, and her husband, Dr. Ira Abrahamson, added to the amount left to Glen Manor in order to name the temple for them. Located in sections of our CRCC (the Wilbur and Mary Jean Cohen Religious and Cultural Center). 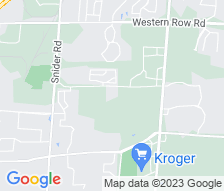