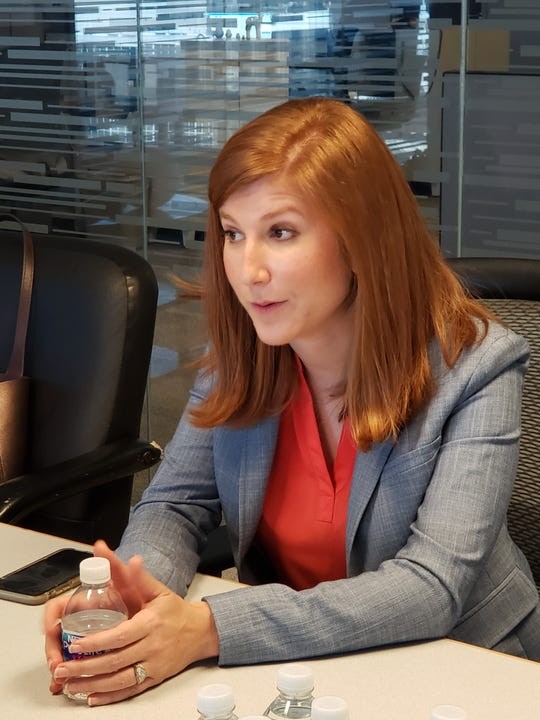 In Sunday conversations, Opinion Editor Kevin Aldridge chats with some of Greater Cincinnati's most intriguing thought leaders and newsmakers to discuss current news events and interesting, little-known facts about them. Today's featured guest is Jackie Congedo, director of the Jewish Community Relations Council, the public affairs arm of the Jewish Federation of Cincinnati.

The year 2021 will mark the 200th anniversary of the start of the Jewish community here in Cincinnati. While not the largest Jewish community in a U.S. city, Jews here have been integral to the fabric of the Queen City. But political polarization, a rise in antisemitism and hate crimes (20% increase in Ohio between 2017-18) and two deadly shootings at synagogues in Pittsburgh and San Diego have shaken Jews across the country. For the first time on American soil, Jews are on unsteady footing and unsure about what the future holds for them in the United States. As director of the Jewish Community Relations Council, Jackie Congedo has been on the front lines of the fight against antisemitism and efforts to build relationships with the broader Cincinnati community. She sat down with me this week to talk about these tense times for Jews,the rise of antisemitism and her former career as a TV reporter with WLWT Channel 5. Read more >