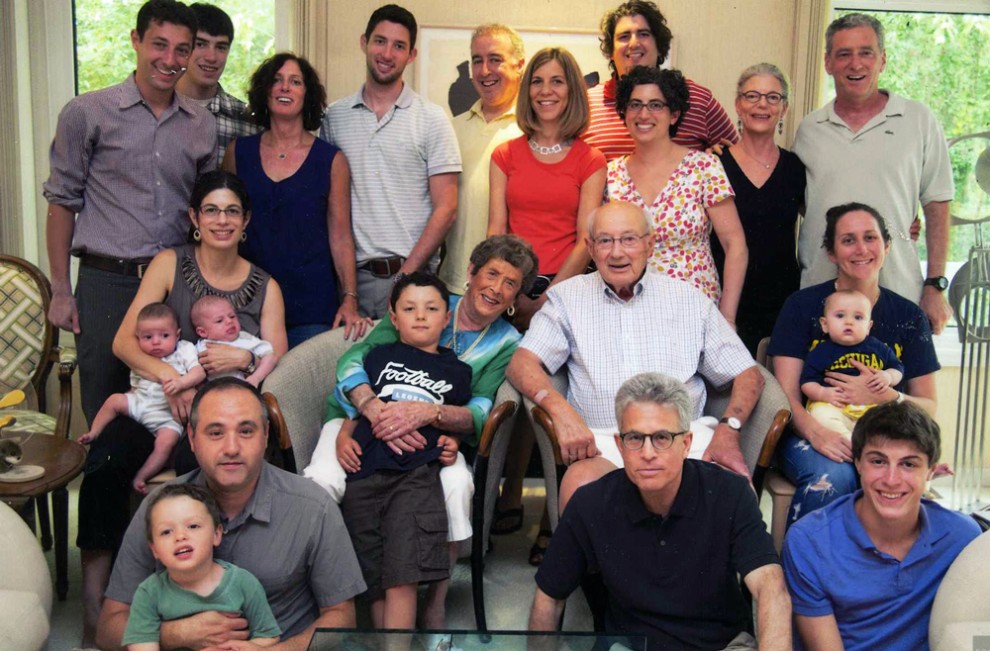 Participating organizations eligible for $10,000 each

Create Your Jewish Legacy (CYJL), the new community-wide program helping agencies, day schools, and congregations establish long-term sustainability through building endowments, is off to an impressive start. The Harold Grinspoon Foundation has selected Cincinnati as a partner for its new LIFE & LEGACY program, which is investing $20 million to support Jewish communities implementing legacy giving initiatives. This selection comes with a matching grant of $150,000 for each of 2 years, so up to $300,000 will be available. Cincinnati is one of only 23 Jewish communities from across North America selected to participate in the program.

In addition, CYJL Coordinator David Harris recently announced that in the first three months of the program, 76 future commitments have already been made to 18 different organizations, resulting in an estimated $1.5 million in future gifts.

The Jewish Federation of Cincinnati launched Create Your Jewish Legacy in September, with an inaugural two-year-long class of 12 partner agencies and congregations.

“To be chosen by the Grinspoon Foundation for their LIFE & LEGACY program and funding is a huge honor,” said Suzette Fisher, President of the Board of the Jewish Federation. “We believe ensuring the success of our Cincinnati Jewish community depends on our ability to empower our agencies, day schools, and congregations through collaboration and planning for the future. Working together on CYJL will have huge impact.”

Bill Freedman, Chair of the CYJL Committee, concurs. “We are thrilled to have been selected as a partner community in this incredibly competitive program. LIFE AND LEGACY greatly enhances our ability to succeed, and our success will be one of the building blocks that support Cincinnati 2020, our community’s vision for our future.”

In addition to the matching grant, LIFE & LEGACY provides training and resources. For communities that reach certain benchmarks in securing legacy commitments, each of the participating organizations also becomes eligible for a $10,000 grant.

“The Harold Grinspoon Foundation is very excited to be partnering with the Cincinnati Jewish community to further enhance its culture of legacy giving,” said Arlene D. Schiff, National Director of the LIFE & LEGACY. “This program will make the most of the generational transfer of wealth, and change the language and landscape of giving in Cincinnati’s Jewish community.”

“Cincinnati’s CYJL program was modeled on the CYJL template that LIFE & LEGACY has refined, which has raised hundreds of millions of dollars nationwide in current and future gifts. By following the template, we have full confidence in our success,” said Harris.

The Harold Grinspoon Foundation also funds initiatives supporting Jewish summer camps, Jewish education, and the PJ Library program, which provides Jewish children’s books to families raising Jewish children. “In Cincinnati, PJ Library provides books to over 500 children and is a partnership between Jewish Family Service and the Mayerson JCC. In addition to the funds allocated from the annual community campaign, this is made possible by the generosity of Anne Heldman,” said Danielle Minson, Chief Development Director at the Jewish Federation.

CYJL is funded by The Jewish Foundation of Cincinnati, which matched generous funding from seven private donor families. Inspired by a lead gift from David and Nancy Wolf, six additional private donor families are contributing significant resources toward this effort. The other six donors are Bob and Suzi Brant, Louis and Beth Guttman, Sandy Kaltman and John Isidor, the Steiner Family Foundation, the Gerald Robinson family, and one anonymous donor.

Create Your Jewish Legacy encourages legacy giving to all community organizations, regardless of their participation in the program.

[Photo caption: Rosemary and Frank Bloom and their family. The Blooms have made a legacy gift to Cincinnati's Jewish community.]