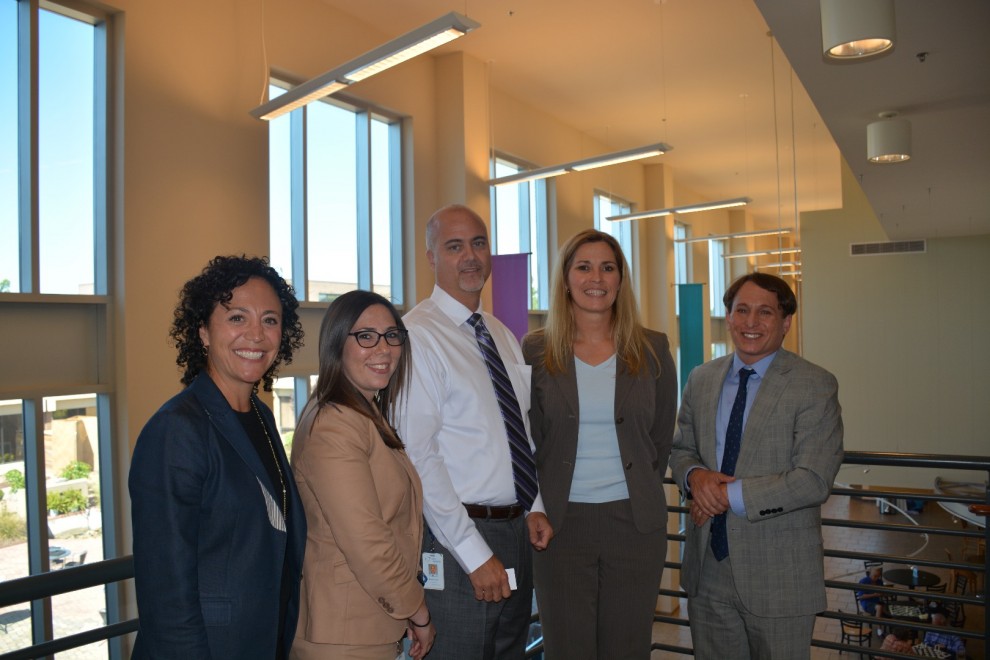 The visit marks a new chapter of continued cooperation among federal, state, and local agencies with a shared goal of maintaining a safe Jewish community in Cincinnati.

The FBI’s support of the Jewish community has been demonstrated in the recent past by the visit of former SAC Kevin Cornelius, who provided a briefing on global and local terrorism threats to a group of executive community members and local police chiefs and sheriffs.

Six months ago, the FBI made a very positive and lasting impact on community leaders when Special Agent Robert Warfel provided active shooter training to Jewish community executives. The FBI also helped bolster the security of the Jewish community by arranging for the Ft. Bragg Civil Affairs Team to conduct security assessments at three of the more prominent Cincinnati Jewish institutions (the Jewish Community Center, the Center for Holocaust and Humanity Education and Rockwern Academy). This visit helped the community realize that its safety and security have come a long way in a short period of time, but it also inspired discussions about continuing to explore changes and upgrades in certain security protocols throughout the community.

The Jewish community has also returned the favor, as eighteen months ago, the FBI recognized the Director of the Jewish Community Relations Council, Sarah Weiss, with the Director’s Community Leadership Award for her community service and her support of law enforcement efforts. Sarah also provided a holocaust presentation to the FBI in April of 2015 at the Cincinnati FBI Headquarters. Sarah regularly participates in the FBI Multi-Cultural Advisory Council. Also, SAFE Cincinnati Director of Community Security, Mark Dowd is a member of the FBI Joint Terrorism Task Force Executive Board, and participates in its monthly meetings. Due to the close association between SAFE Cincinnati and the FBI, Mark was contacted by the FBI Inspection Staff to provide feedback on the FBI’s excellent ongoing relationship with the local Jewish Community.