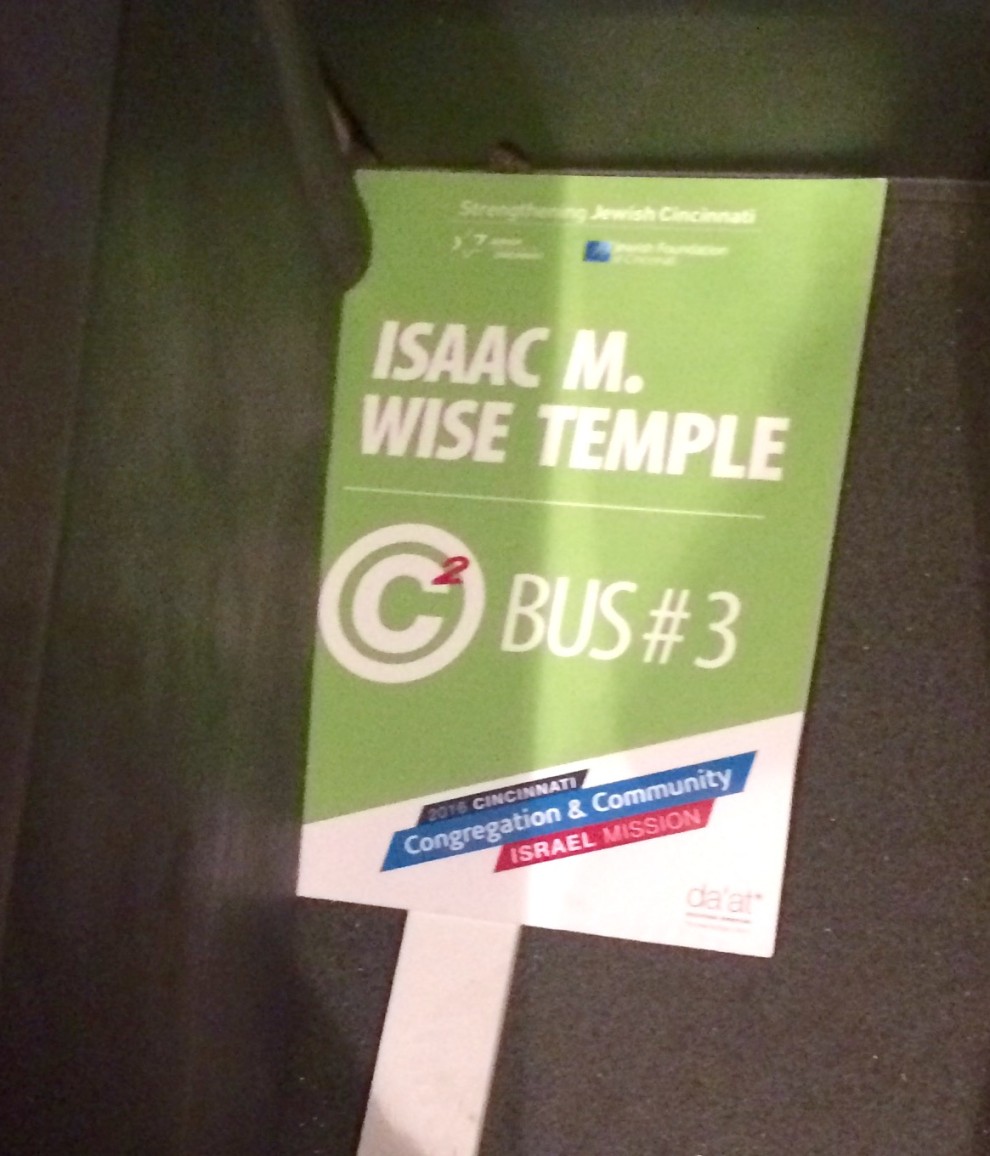 After months of anticipation, it was time to meet my bus mates for the next two weeks. I had seen a list of names; some names I recognized; some I had never seen; and a couple were already friends. Little did I know that this grouping of names would soon become known simply as “Bus #3”, with an even smaller sub-group known as the back-of-the-bus! And this sub-group would eventually become a Chavarah of close-knit friends, similar in age and interests.

Wise Temple, led by Rabbi Lewis Kamrass, had enough people going on the 2016 Cincinnati Congregation and Community Israel trip to warrant four tour busses. I was fortunate to be placed on Bus #3 along with my husband, Michael, and Brad and Pam Greenberg, with whom we were close friends. I knew many others by name, but wasn't really friends with any, that is until we started traveling together. Bus #3 was fortunate to be assigned Mike Hollander as our tour educator. Not only did he know everything about Israel, he seemed to know everything in general. His knowledge and quick-witted humor kept us interested and listening throughout. 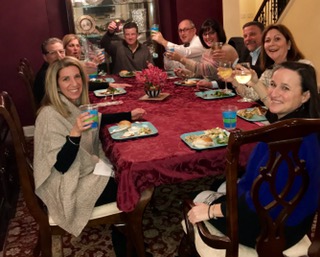 Each day we started bright and early, creatures of habit, sitting in the same seat on the bus. Sometimes on the bus for a few hours, we got to know our bus mates quite well. By the end of our most amazing, once-in-a-lifetime journey throughout Israel; from Tel Aviv to our sister city of Netanya, from the beautiful Ein Gedi Nature Preserve to the Dead Sea; from the Kfar Blum Kibbutz in the Upper Galilee to everything in and around Jerusalem, we got to know each other the way campers at overnight summer camp do—like our new family!

As we know, all good things must come to an end, as did our trip, but unlike summer camp, all of our new friends live in the same city and go to the same synagogue! And so it continues. My little back-of-the-bus group decided to get together approximately once every six weeks on a Friday evening. We attend Friday night services at Wise Center, then follow that with drinks and dinner at someone's home. Each person brings a side, dessert and/or drink of choice. It's become something that I look so forward to attending. It's the same feeling of excitement I had when I was going to see my camp friends as a child. There's just something special about this group. We became connected on our bus in Israel, and we've stayed connected in Cincinnati. Laura Striker, a third-grade teacher in Norwood who resides in Hyde Park shares, “This trip changed my life. I came home feeling more at peace, more spiritual, and gained more lifelong friends because of Bus 3. I didn't know anyone when I signed up, and I am so grateful to have everyone in my life now.” 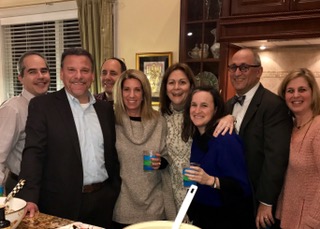 Our most recent gathering was Friday, March 3. We met at Wise Center for services, then we were hosted for dinner at the home of Kevin and Teri Junker. Jeff Goldstein, president of AcuPOLL Research, Inc., in Milford, maintains, “The Israel trip was the catalyst that really energized our passion for these wonderful friends and engaging in the Jewish community as a whole.” Our next event is not yet planned, but we are planning to attend the June 9, 2017, Renaissance Shabbat service at Plum Street dressed in period attire! And we are also planning a Bus #3 mitzvah day together.

I am so grateful that The Jewish Federation afforded us all this opportunity to visit Israel—some, like me, for the first time; others back again to what they know as going home.