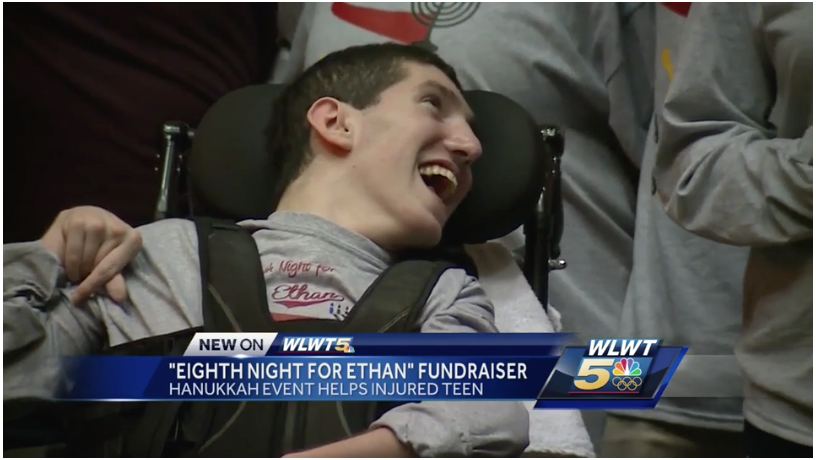 A tight group of teenagers are celebrating the final night of Hannukah while helping their friend and former classmate, Ethan Kadish.

Kadish was 13 years old when he was struck by lightning at a summer camp in Indianapolis in June 2013.

He suffered severe brain damage, cannot talk and is in a wheelchair.

"Even though he may not be able to talk in the same way or walk or move the same way, he's still himself," Zack Berger. "We'll make a joke or say hi to him, and he'll laugh or he'll smile, his eyes will get wider. It's very clear that he is still the same person, even with these differences."

Berger, Kadish and Daniel Shapiro were all friends and classmates throughout grade school at Rockwern Academy. Kadish was hurt the summer before their 8th grade year. More >