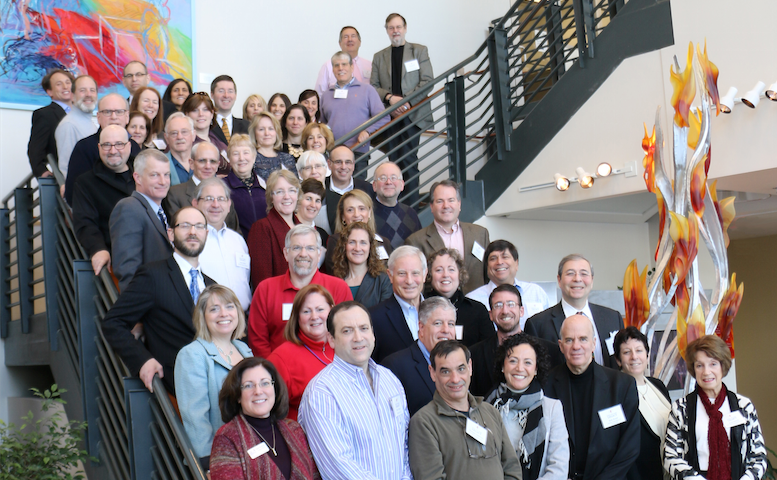 Twelve Cincinnati organizations just celebrated a roaring success: they secured more legacy commitments in their first year of the Create Your Jewish Legacy program than any other community nationwide.

As part of the Create Your Jewish Legacy (CYJL) program, each organization set out to secure 18 legacy commitments in their first year, for a total of 216 legacy commitments. The community achieved over double this amount, with a grand total of 465 commitments in 2015. This is more than any other community in the nation has ever achieved in the first year of the LIFE & LEGACY program (an initiative of the Harold Grinspoon Foundation), which supports over 20 communities running legacy programs.

The organizations will receive grants amounting to $165,000 for reaching and exceeding their goals. All of the organizations participating in the CYJL program met their initial goal of 18 legacy commitments, and therefore each received $10,000 from LIFE & LEGACY.

“The incentive grants helped motivate our teams. The training seminars, support from CYJL staff, and incentives were all critical to our success,” said Rabbi Binyamin Travis, Executive Vice President of Cincinnati Hebrew Day School. “But in the end we owe our biggest thanks to the many generous community members who are supporting our community and organizations.”

While the grant money is helpful, ultimately, the real boon to organizations is the estimated $17.5 million they have secured in future legacy gifts, which, although deferred over time, is the main focus of the CYJL program.

“Create Your Jewish Legacy has helped demystify legacy giving in the community, for both professionals and community members alike. Setting up a legacy gift, in most cases, is surprisingly easy to do, and is for anybody—of whatever income level—who is invested in this community,” said Dan Hoffheimer, Board President and team leader for Rockdale Temple.

This first cohort of teams is now entering the second year of the program and will be working toward similar goals to qualify for incentive grants in early 2017.

The program’s success allowed the Jewish Federation to secure the necessary funding from The Jewish Foundation to extend and expand the program. The Federation will launch a new, second cohort of organizations to participate in the program during 2016. They plan to build on this success, with the ultimate goal of building sustainability for all our community organizations, day schools, and congregations.

“I am incredibly proud right now,” said Bill Freedman, Create Your Jewish Legacy Chair. “We’ve received national recognition for our overall number of commitments, how we are engaging young adults in legacy giving, and how we have raised the awareness of legacy giving in Cincinnati. We have great teams, and we as a community are clearly taking the needed steps to provide for our future.”