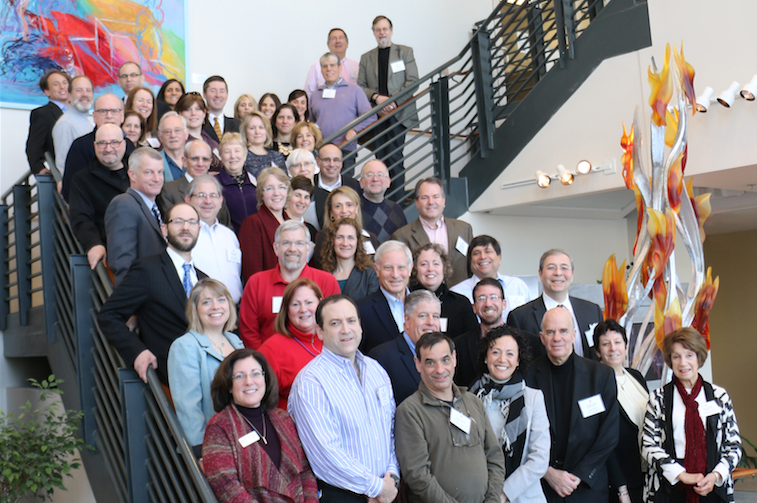 Create Your Jewish Legacy (CYJL), the community-wide legacy gift program, today announced the launch of a second group of local organizations. The Create Your Jewish Legacy program is the local manifestation of a recent national push to promote legacy giving in Jewish communities. Cincinnati’s program began with a first cohort in fall of 2014. Nationally acclaimed for its successes, CYJL’s two-year program has won over $145,000 in additional grants for participating organizations and raised an estimated $22 Million in future gifts.

“It’s a gigantic step forward for our community,” said Create Your Jewish Legacy Chair Bill Freedman. “The success of CYJL has allowed us to secure the necessary funding to launch a second cohort. We now have almost all of the local community organizations working together to secure their own sustainability, and so the future of our community as a whole.”

“We are thrilled to be chosen for this second wave of CYJL,” said the president of JVS Career Services, Bobby Oestreicher. “We’ve seen the model work and we know that all nonprofits need to be thinking about sustainability. This program will give us a chance to build our endowment, and talk with people who support and care about our mission. We hope people will want to ensure that our agencies and our congregations are here for their children and their children’s children.”

The first group of Cincinnati organizations has secured more than 500 new commitments for the Jewish community since the program began in September 2014, and received national recognition for their success, having secured more legacy gifts than any other community during the first year of the program. The Create Your Jewish Legacy program is modeled on a program founded in 2002, and replicated in over 40 Jewish communities around the country.

“We plan on building on our successes,” said David Harris, Create Your Jewish Legacy Manager. “I’m excited to get the new teams prepared to have really meaningful conversations with members of the community. We have top-notch speakers coming in, and I already know there are amazing and talented people on these new teams. We are also continuing the work of the first cohort organizations.”

As was the case with the first cohort, each organization in the second cohort is eligible for approximately $10,000 in incentive grants during each year of the program for securing a certain number or new legacy gift commitments and reaching other milestones.

Create Your Jewish Legacy is run by the Jewish Federation of Cincinnati and is also supported by The Jewish Foundation of Cincinnati and seven private families. Inspired by a lead gift from David and Nancy Wolf, six additional families are contributing significant resources toward this effort to ensure our future as an exceptional Jewish community. The other six donor families are Bob and Suzi Brant, Louis and Beth Guttman, Sandy Kaltman and John Isidor, the Steiner Family Foundation, the Gerald Robinson family, and one anonymous donor.