AN EVENING WITH
YOSSI KLEIN HALEVI 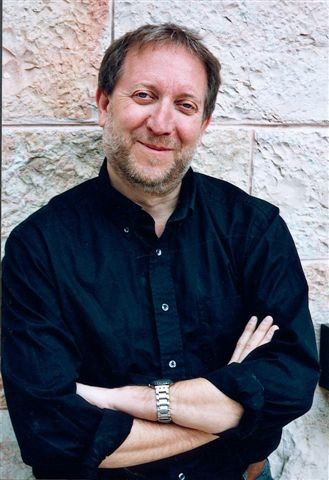 SENIOR FELLOW, SHALOM HARTMAN INSTITUTE
AUTHOR OF LIKE DREAMERS: THE STORY OF THE ISRAELI PARATROOPERS WHO REUNITED JERUSALEM AND DIVIDED A NATION


THERE IS NO COST TO ATTEND
DIETARY LAWS OBSERVED

Yossi Klein Halevi is a senior fellow at the Shalom Hartman Institute in Jerusalem. He is author of Like Dreamers: The Story of the Israeli Paratroopers Who Reunited Jerusalem and Divided a Nation in 2013. He is also author of At the Entrance to the Garden of Eden: A Jew’s Search for Hope with Christiansand Muslims in the Holy Land and Memoirs of a Jewish Extremist. Halevi is a contributing editor of the New Republic and writes for the op-ed pages of leading American newspapers. He spent the fall 2013 semester as a visiting professor of Israel Studies at the Jewish Theological Seminary in New York. Halevi has been active in Middle East reconciliation work, and serves as chairman of Open House, an Arab Israeli-Jewish Israeli center in the town  of Ramle, near Tel Aviv. He was one of the founders of the Israeli-Palestinian Media Forum, which brought together Israeli and Palestinian journalists. Born in New York, Halevi has a BA in Jewish Studies from Brooklyn College and an MS in journalism from Northwestern University. He moved to Israel in 1982, and lives in Jerusalem with his wife.