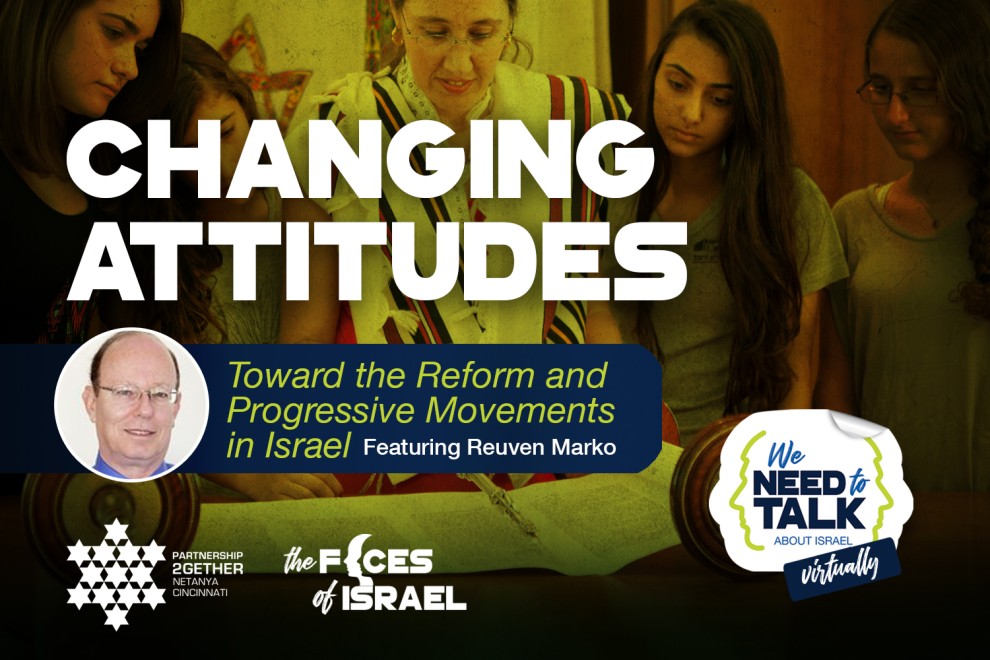 The Reform Movement and the Israeli government typically mix like oil and water, but is that starting to change? Join us and welcome Reuven Marko, past chair of the Israel Movement for Reform and Progressive Judaism (IMRPJ), for an exploration into some surprising developments in government attitudes towards the organization.

Reuven Marko is the immediate past chair of the Israel Movement for Reform and Progressive Judaism and has been a volunteer in his Netanya-based congregation for more than fifty years. During his term, he presided over significant growth of the Movement in Israel. Professionally, he is an electronics engineer and has actively participated in the thriving hi-tech industry of Israel for decades. He is a co-inventor of more than two dozen patents and has published a number of studies. He recently published a book of sermons he has delivered in his congregation over the past decade.

P2G BRINGS YOU THE FACES OF ISRAEL

This event is brought to you by Partnership2Gether, a program of the Jewish Federation of Cincinnati. We invite you to join us to meet Israeli leaders and see some new faces from Israel. Learn from the most interesting people from Netanya—in your own living room!