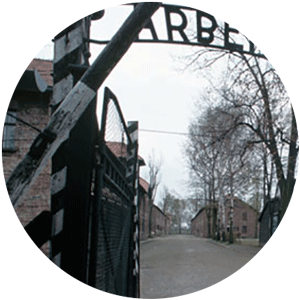 In celebration of FOTOFOCUS, the works of three important Cincinnati photographers are being featured at the Skirball Museum and the American Jewish Archives on the historic campus of Hebrew Union College-Jewish Institute of Religion.

In 1957 George S. Rosenthal (1922–1967) was commissioned by the Cincinnati Historical Society to document the architectural history of the West End before major disruption of the neighborhood occurred with the construction of Interstate 75.

Over a 30-year period Daniel J. Ransohoff (1921–1993) created a remarkable photographic record of Cincinnati’s disadvantaged in neighborhoods across the city, including the West End. As a photographer for The Catholic Telegraph and The American Israelite,

Ben Rosen (1913-2008) captured unique snapshots of life in the Queen City during rapidly changing times, including the visit of Charles Lindbergh to Lunken Airport in 1927 and chilling photos of the devastation of the 1937 flood.

The exhibition of photographs will be augmented by documents and memorabilia provided by the families of the photographers. In conjunction with the Skirball and American Jewish Archives exhibitions, the Klau Library will display a selection of books by and about Jewish photographers. All venues are located at 3101 Clifton Avenue.