After you’ve cast your vote, join the Cincinnati community at the Mayerson JCC for “Counting Your Votes,” a post-election forum at 7 p.m. on Wednesday, November 16 featuring two local political experts, and moderated by longtime Cincinnati journalist Hagit Limor. The Cincinnati Enquirer’s 2016 political reporter, Jeremy Fugleberg, and Eric Rademacher, Co-Director of UC’s Institute for Policy Research, will analyze election results. They’ll explore what voting trends say about our changing electorate, and they’ll discuss possible implications for the future. This forum is co-hosted by the Jewish Community Relations Council, part of the Jewish Federation of Cincinnati, and the Cincinnati chapter of the American Jewish Committee. 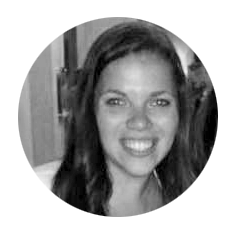 Belle Etra Yoeli joined AJC in November 2015 as the Political Outreach Fellow in the Office of Government and International Affairs and transitioned into the role of Senior Associate for Political Outreach in September 2016. Belle was born and raised in New York City. She has extensive experience working within Jewish communal and Israel organizations including Hillel, the Jewish Federations of North America, and OneVoice Israel. Belle graduated from Binghamton University in 2014 with a B.A. in Political Science, Spanish, and Judaic Studies. During her senior year, she served as the Student President of Hillel at Binghamton. She spent the following year in Israel where she earned her M.A. in Government with specializations in Diplomacy, Conflict Studies, and Middle Eastern Studies from the Interdisciplinary Center Herzliya (IDC).