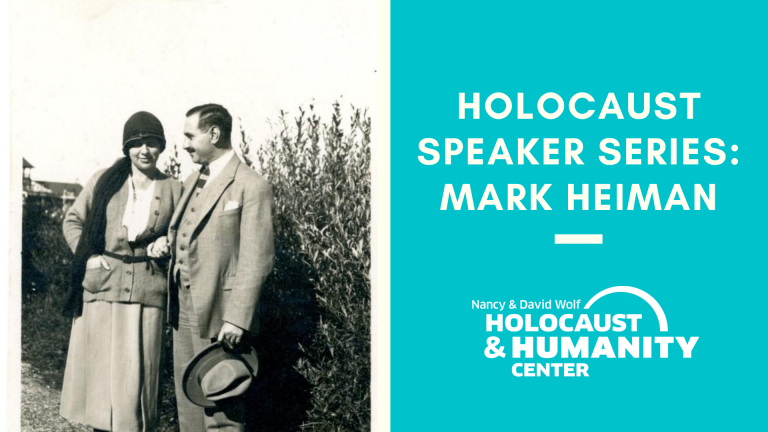 The Holocaust Speaker Series, held each Wednesday at 11:00 am, features Holocaust survivors and descendants of survivors sharing stories of life before, during, and after the Holocaust. Join us on Wednesday, April 7th at 11:00 am via Zoom to hear Mark Heiman share his parents’ story of survival.

Mark tells the story of his family, originally from Demmelsdorf, a small farming community in Bavaria. Mark’s grandfather, Karl, served in the German army in WWI. He later moved to Munich where he established a textile business and raised a family. Mark’s father, Paul, was 12 years old when he witnessed his Jewish school being burned down the day after Kristallnacht. Arrested on Kristallnacht, Karl was interned in Dachau concentration camp.

This event is part of the WEEK OF HOLOCAUST REMEMBRANCE.