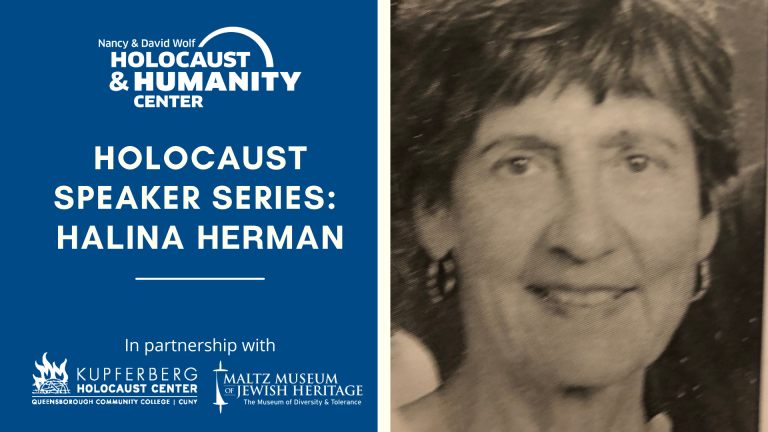 The Holocaust Speaker Series, held each Wednesday at 11:00 am, features Holocaust survivors and descendants of survivors sharing stories of life before, during, and after the Holocaust. Join us on Wednesday, July 21 at 11:00 am via Zoom with Halina Herman.

Halina Herman was born in Warsaw, Poland in 1939. Her father was a physician and was sent away by the Germans to one of the slave-labor camps in April 1941. Halina never saw him again. Halina’s mother obtained false papers and got a job as a maid in Cracow. She placed Halina with a non-Jewish family who raised her as a Christian child. After the war, Halina was reunited with her mother and continued to go to church until the mother revealed their Jewish identity to her in 1949. They went to France where they stayed until they were able to immigrate to Canada.