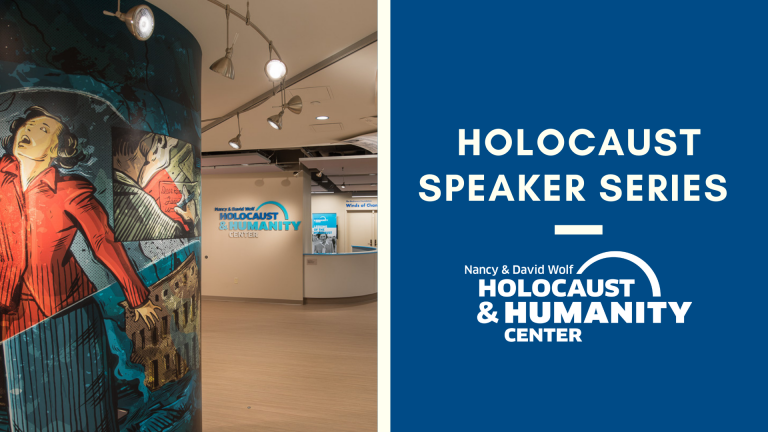 The Holocaust Speaker Series, held each Wednesday at 11:00 am, features Holocaust survivors and descendants of survivors sharing stories of life before, during, and after the Holocaust. Join us on Wednesday, June 23rd at 11:00 am via Zoom with Cheryl Hecht.

Cheryl Hecht tells the story of her father, David Hochstein, a Holocaust survivor from Cologne, Germany. Rescued by a Kindertransport, he was taken to London when he was 15. The Kindertransport movement was unique in that people of many religions came together to rescue 10,000 mostly Jewish children, bringing them to Great Britain. David’s story is one example of a teenager’s resilience, perseverance, and strength, during the Holocaust. Cheryl has worked as a professional and volunteer in the Jewish community. A graphic designer, she recently retired from the Mayerson JCC after 19 years.