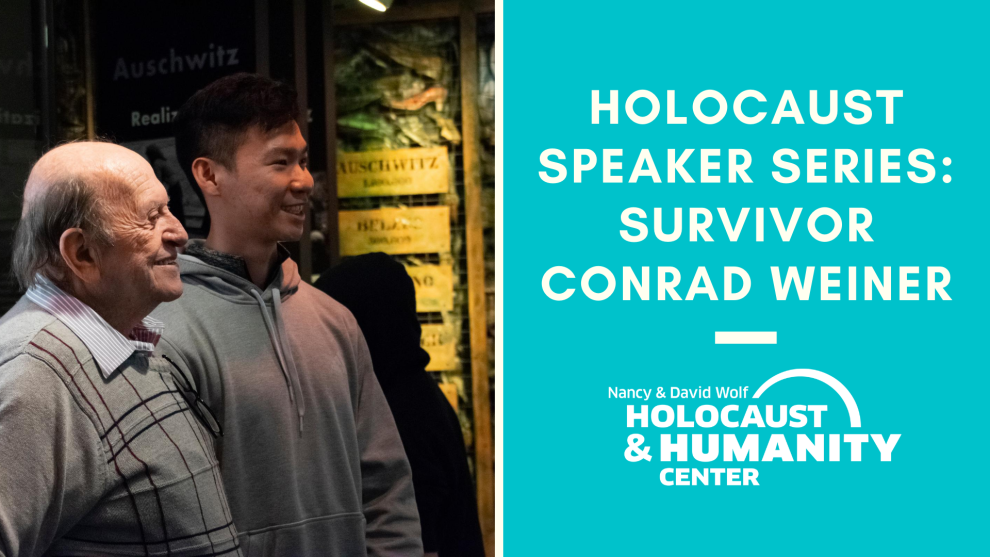 The Holocaust Speaker Series, held each Wednesday at 11:00 am, features Holocaust survivors and descendants of survivors sharing stories of life before, during, and after the Holocaust. Join us on Wednesday, June 30th at 11:00 am via Zoom to hear Conrad Weiner's story of survival.

Conrad was born in Storojinetz, a small town in Bucovina, once part of Romania (currently part of the Ukraine) in 1938. After a brief occupation of the region by the Soviet Army in 1941, Romanian authorities in alliance with German forces, started a massive campaign of annihilation and deportation of Jews to Transnistria. They were taken by cattle car, a journey of two days and one night, and then forced to walk for two weeks in snow and mud to the forced labor camp, Budi. Conrad was 3 1/2 years old at the time. While in Budi, Conrad fell very ill. Many of the prisoners advised his mother to give up. Her response was that a mother does not give up on her child. Eventually, he was nursed back to health by his mother. In 1944, at the age of six, Conrad and the 300 surviving prisoners at Budi were liberated by the advancing Soviet Army and repatriated to Romania. In 1946, Romania became a Communist country. It wasn’t until July 1960 that the paperwork was approved and Conrad’s family was able to come to America. He settled in Cincinnati and graduated from Indiana University with a B.A. in German and Russian Language and Literature. In 1968, he obtained an M.B.A. from the University of Cincinnati on a full-ride scholarship.