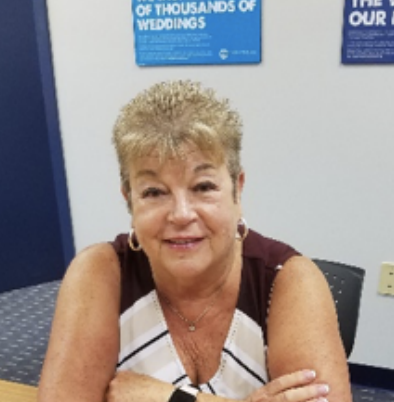 Reggie Guigui was born in Germany, the daughter of survivors from Poland and Czechoslovakia. She grew up in Cincinnati, Ohio, a teacher by profession, and started lecturing when she realized some students didn’t know what the Holocaust was. She has been involved in Holocaust education in Cincinnati before moving to Charleston and works with the Remember Program in Charleston. She has been lecturing since 1990, sharing her parents’ stories using photographs that survived the war.