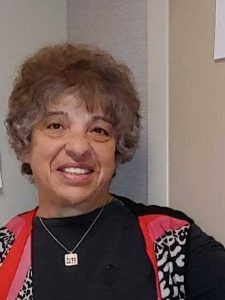 The Holocaust Speaker Series, held each Wednesday at 11:00 am, features Holocaust survivors and descendants of survivors sharing stories of life before, during, and after the Holocaust. Join us on Wednesday, August 31 at 11:00 am via Zoom with Sharon Mirman.

Sharon Mirman is the daughter of Partisan and Holocaust survivor Harry Schifman. Harry was born in 1919 in Zaklikow, Poland. He and his brother Moshe joined the Polish army around 1937 in anticipation of war with Germany. By the end of the war, they would be the only survivors of their immediate family. Sharon hopes by telling her family’s story, this will influence others to keep history alive and remember the Holocaust.