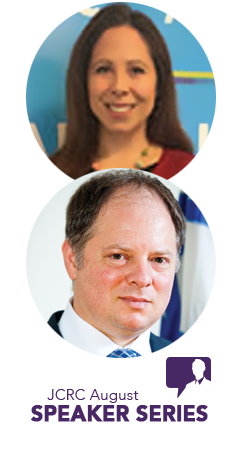 Yaron Sideman has a long and strong history of public service to the state of Israel, which has helped him become Israel’s highest ranking official in our region.

July 17 2015, The Patriot News by Yaron Sideman: "With Iran deal, the U.S. just kicked the nukes can down the road: Yaron Sideman"  Read More >

BROUGHT TO YOU BY: