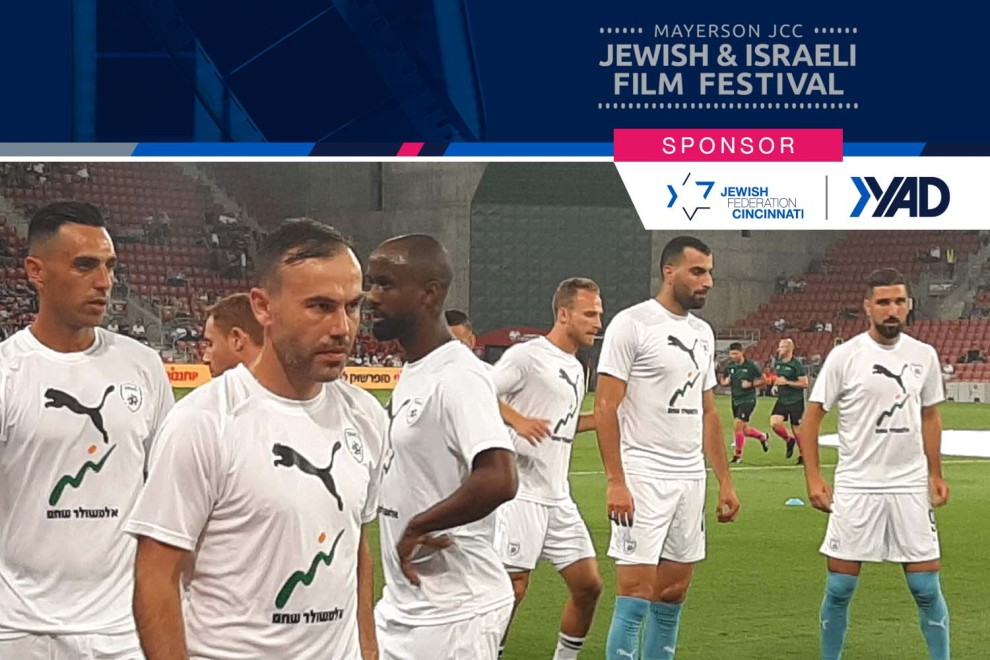 In 2019 the Israeli National Soccer Team prepares for the Euro 2020 Qualifying Tournament, and for the first time in the club’s history, almost half of the players are Muslim. This dynamic documentary shadows three players featured in the starting lineup – Striker Moanes Dabbur, Captain Bibras Natcho (the first and only Muslim to hold that honor), and Central Midfielder Beram Kayal. The diversity of the players causes controversy, provoked by rabid fans and biased media. With candor, the players share their challenges, tremendous perseverance, and passion for a game that has the potential to bridge cultures. View the trailer here: https://vimeo.com/491984485

Join us for a recorded discussion with film director Shuki Guzik and Erica Shaps, Program and Resources Manager at the Inter Agency Task Force on Israeli Arab Issues.