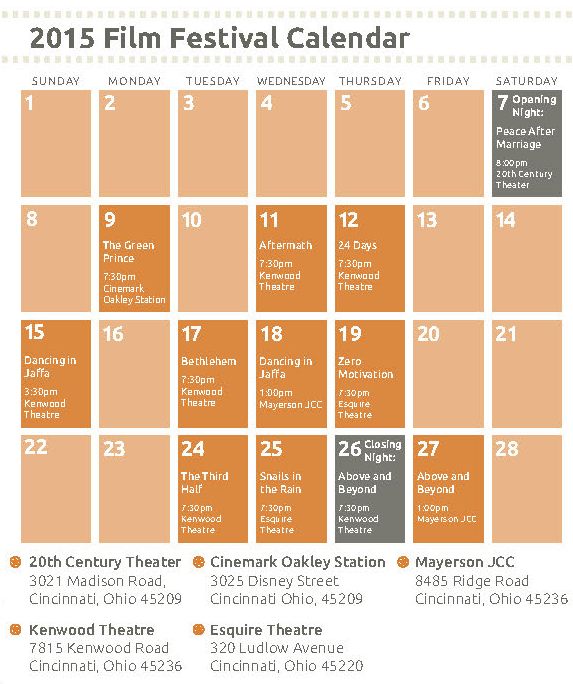 More controversy. More comedy. More films. 10 award-winning films from 10 different countries that will light up screens for a month with provocative, humorous, inspiring and controversial films. The festival features the best of the thriving independent film industry showcasing established and emerging filmmakers, as well as a selection of Jewish interest films produced outside Israel.

The festival opens on February 7 with the award-winning rom-com Peace After Marriage, at the 20th Century Theater in Oakley Square, and closes on February 26 with the inspiring documentary Above & Beyond, featuring an appearance and discussion with producer Nancy Spielberg.