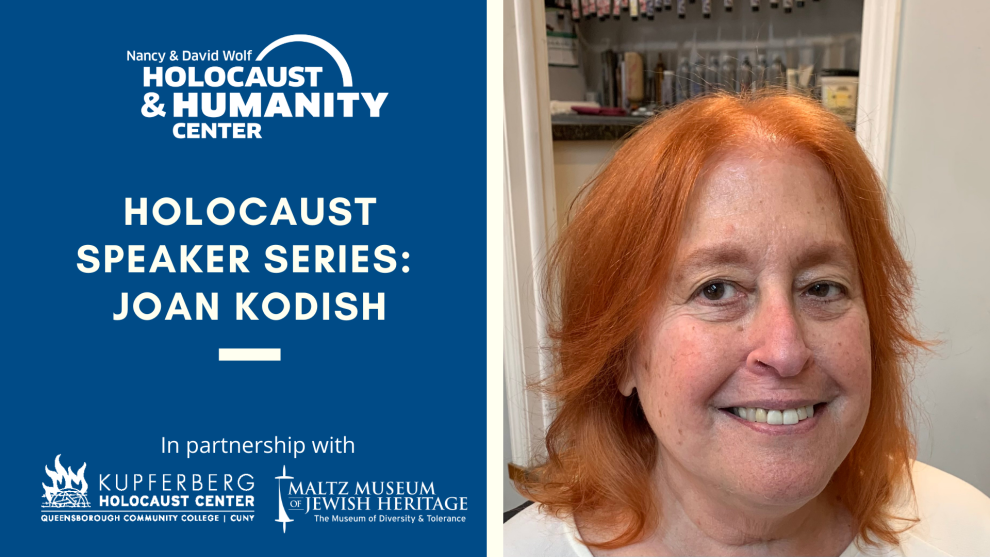 The Holocaust Speaker Series, held each Wednesday at 11:00 am, features Holocaust survivors and descendants of survivors sharing stories of life before, during, and after the Holocaust. Join us on Wednesday, March 31st at 11:00 am via Zoom with Joan Kodish.

Joan Allyn Kodish, the only daughter of Holocaust survivor Carla Maling Kodish OBM, is now an author, Jewish educator and B’nai Mitzvah tutor throughout the United States.  It has become her mission to relay her mother’s story to student groups at the Maltz Museum of the Jewish Heritage in Beachwood, OH, and to adults both in Ohio and in Israel. She conceived of and produced a documentary of survivor and rescuer testimony entitled The Survivor Project.  For many years, Ms. Kodish was the president of her own law firm in Cleveland OH, which she closed in favor of graduate studies in Judaics. When she is not speaking about her mother’s childhood as impacted by the Nazi’s institutional anti-Semitism, Joan is a wife, a mother and raises a basset hound and a dachshund.