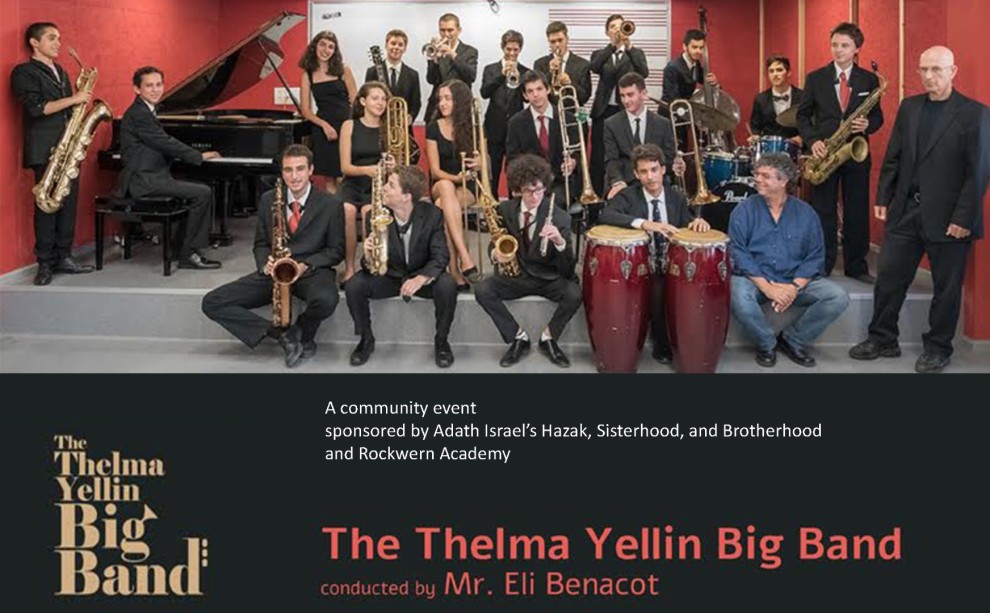 Open to the community, the concert is sponsored by Adath Israel Congregation’s Hazak, Sisterhood, and Brotherhood along with Rockwern Academy. Admission is $10.00 at the door. All proceeds go toward band travel expenses.

The Big Band is the leading music group at the Thelma Yellin High School of the Arts’ Jazz program in Givatayim, Israel near Tel Aviv and counts about 20 students (including Nitzan Birnbaum - son of Dani and Batella Birnbaum).  It is conducted by Mr. Eli Benacot, a graduate of the Berklee College of Music, Boston, MA and a leading educator in Israel.

The band’s repertoire varies from Swing, Bebop, Rock and Latin through Funk, Fusion and others. The arrangements were made by some of the world's leading arrangers.