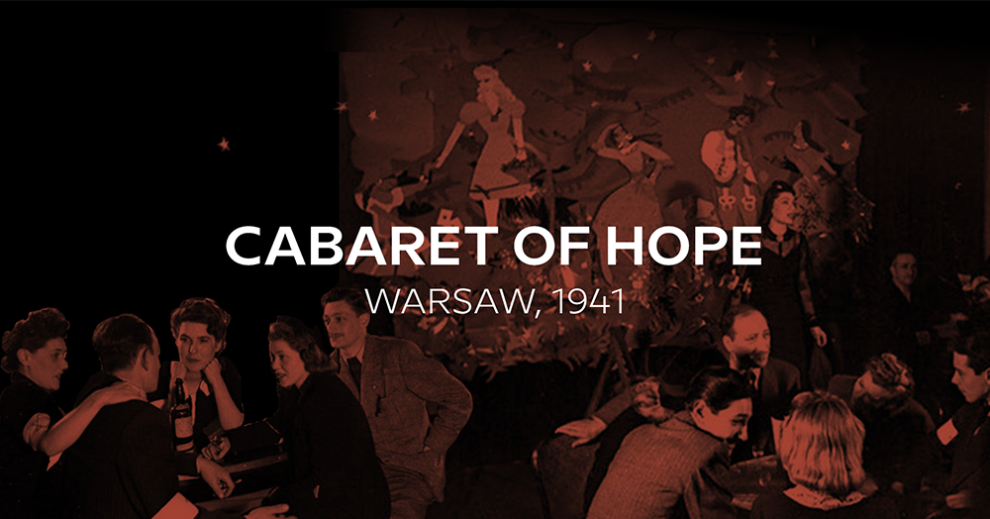 It’s 1941 in Warsaw, Poland, in a cordoned-off area known as the Warsaw Ghetto, where over 400,000 Jews are held captive. Somehow, nightlife continues to thrive with cafés and restaurants offering entertainment and a temporary respite for residents. Perhaps the most famous was the Café Sztuka, where renowned poets, singers, and musicians appeared regularly. The performances included both classical music and new songs by George Gershwin, Jerome Kern, and Kurt Weill, among others. Pianist Władysław Szpilman, the subject of the 2002 film The Pianist, was the most famous of these musicians. Two star singers of the Ghetto were soprano Maria Ajzensztadt, known as the “Nightingale of the Ghetto,” and cabaret singer Vera Gran.