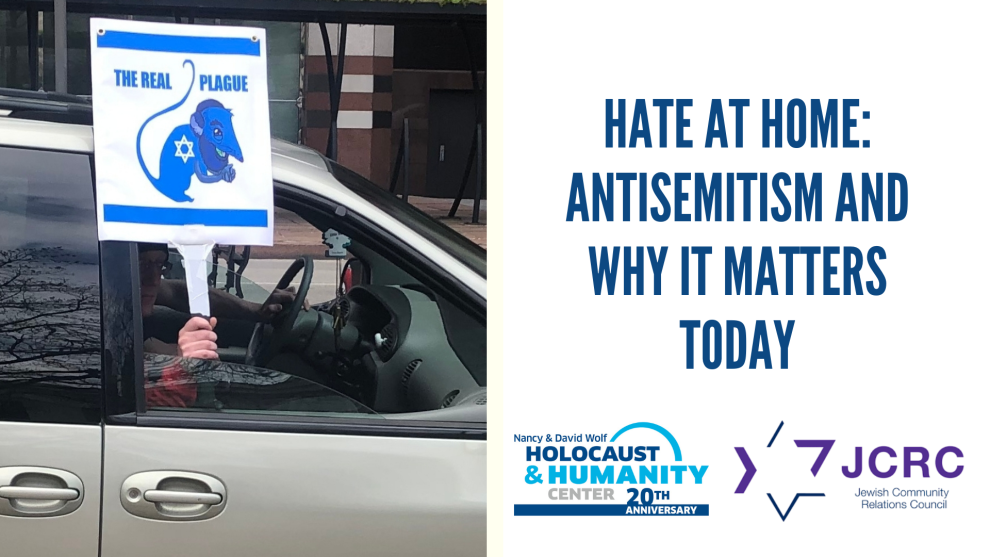 There is a rising tide of hate and polarization in America and beyond. One need only to look at the recent attack on the Capitol to see hate and antisemitism on display. Recently released data crimes shows hate crimes at a 16-year high, according to the FBI. The most recent study on antisemitism by the ADL shows that the number of incidents in 2019 were the highest since they began reporting in 1979. Ohio is not immune to this current trend.

Antisemitism on both sides of the ideological spectrum, exhibited in new and sometimes deadly ways, demands that communities find ways to combat it. One of the best approaches to combating it is to build allies and an understanding that hate against one group of people impacts us all.

Join the Nancy and David Wolf Holocaust and Humanity Center and the Jewish Community Relations Council of Cincinnati for “Hate at Home: Antisemitism and Why it Matters Today,” as we discuss how antisemitism has changed over time. From the Holocaust in Europe to contemporary antisemitism and hate in our own state, be inspired to combat antisemitism and other forms of extremism in your own communities.