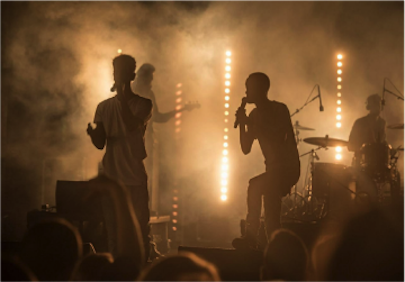 Celebrate the finale of Israel at 70 with Ethiopian-Israeli hip-hop duo Café Shahor Hazak! Their compelling music explores themes of race, violence, and poverty with a sense of hope for the future. After releasing their debut album in 2015, Café Shahor Hazak were nominated for the MTV Europe Music Awards Best Israeli Act award. The duo has collaborated with top artists in Israel and has opened for international superstars such as Sean Paul and Matisyahu, among others. Join us for this exciting and energetic celebration!