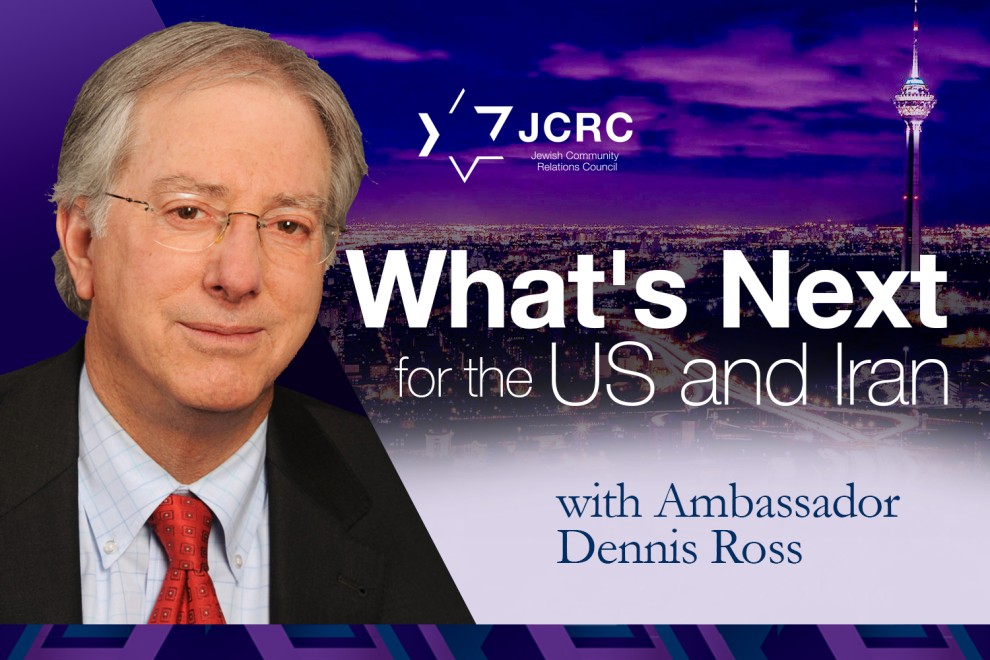 The 2015 Iran nuclear agreement, formally known as the Joint Comprehensive Plan of Action (JCPOA), continues to attract controversy and raise serious questions about global security. Since the initiation of the agreement under then President Barack Obama and the Trump administration’s subsequent withdrawal from the deal, we’ve witnessed an expansion of Iran’s enriched uranium stockpile, numerous regional incidents that risked major conflict escalation, economic sanctions levied by Washington against Tehran, and the continuation of proxy wars throughout the region. President Joe Biden has said the United States will return to the JCPOA if Iran resumes compliance.

Join the Jewish Federation of Cincinnati’s Jewish Community Relations Council and Ambassador Dennis Ross, counselor and William Davidson Distinguished Fellow at The Washington Institute for Near East Policy, for a conversation that will breakdown the current dynamics of the JCPOA and uncover perspectives on the Biden administration’s approach to Iran.