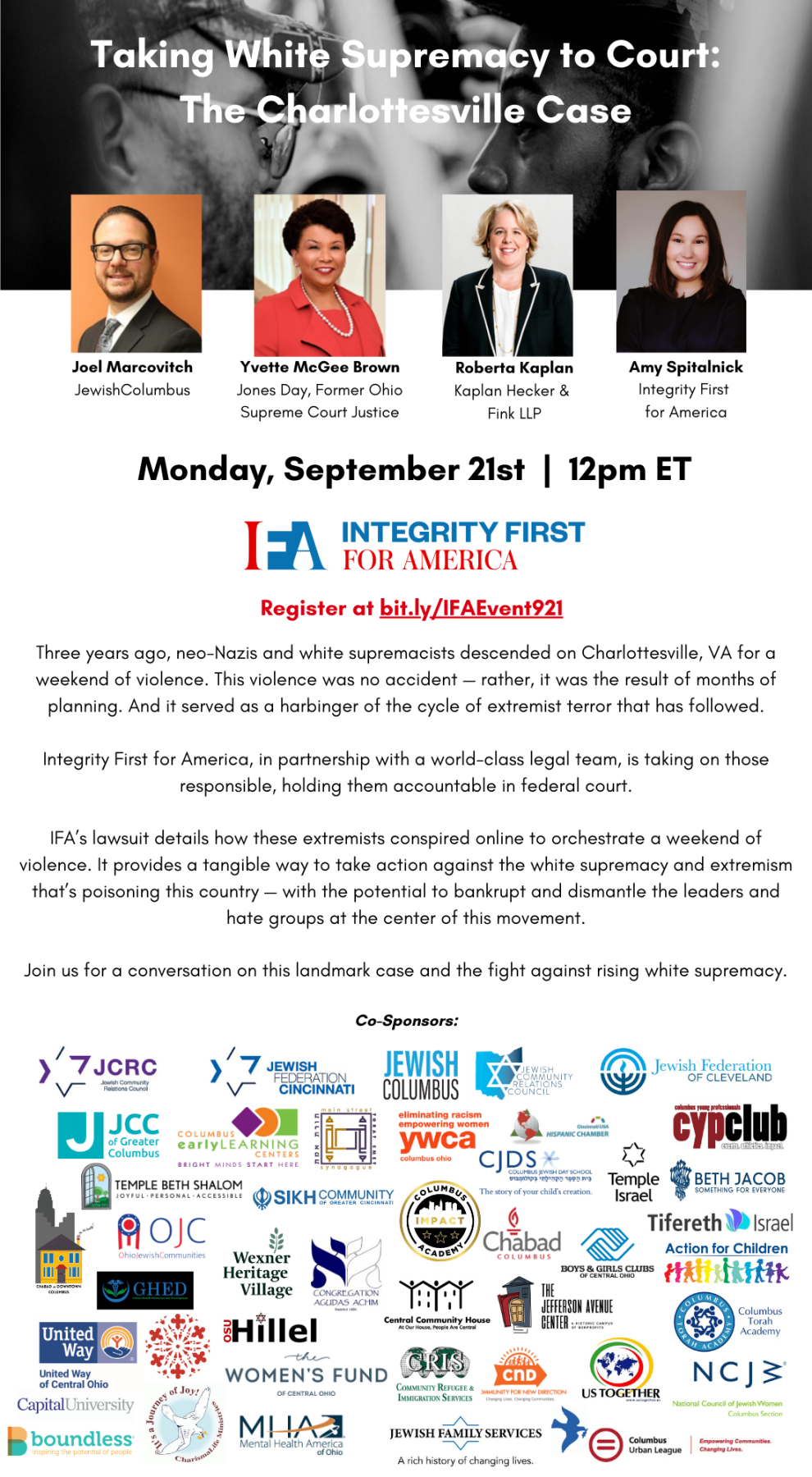 Please join us on Monday, September 21st at 12pm ET with Integrity First for America (IFA) and a broad coalition of Ohio sponsors for “Taking White Supremacy to Court: The Charlottesville Case.”

IFA is taking on the neo-Nazis, white supremacists, and hate groups who attacked Charlottesville, VA three years ago, holding them accountable in federal court for their violent conspiracy.

This case provides a tangible way to take action against the white supremacy and extremism that’s poisoning this country and has the potential to bankrupt and dismantle the leaders and hate groups at the center of this movement — which is key, given their disturbing connections to the broader cycle of violence.