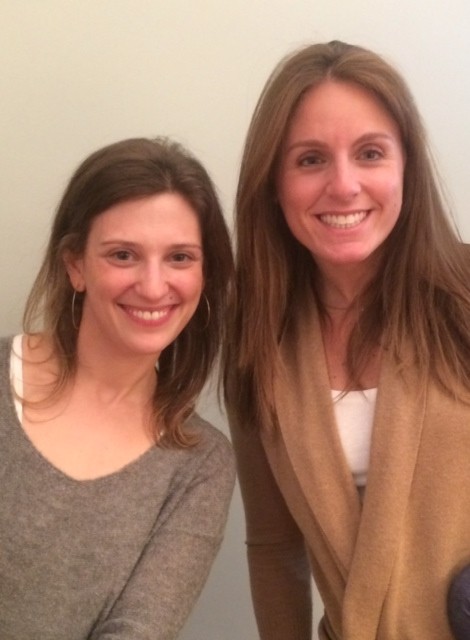 The generosity of Jewish community members make many of these initiatives possible, through philanthropic support as well as through Jewish Family Service's Bikur Cholim program and the Jewish Federation of Cincinnati’s My Family on Call, which provide volunteer support for visiting Israeli patients, physicians, and their families.

Cincinnati Children’s, the Jewish Federation, and the Cincinnati Chapter of Hadassah all recognized individually that visiting Israeli doctors and nurses, particularly the long-term Fellows, were going to have housing, schooling, spouse employment, and other requirements that would need to be addressed once they were here. There was also a sense that these visitors should be welcomed into the Cincinnati Jewish community, and that their involvement provided a valuable opportunity for the community to learn more about Israel.

Felicia Zakem, Development Officer at the Jewish Federation of Cincinnati, said, “The Federation was providing many of these services already, but we often found ourselves reaching out to Cincinnati Children's or Hadassah for names of people who might like to invite a doctor or nurse over to their house for a Shabbat meal or take them on a tour of the city. It just made sense to combine forces and share knowledge and resources, in an effort to do a better job of reaching out to our Israeli guests”.

Thus was born the SHAI program, and the committee that heads it up, in the fall of 2013, which, according to its mission statement, will “combine, expand, and further formalize the ongoing efforts of the Jewish Federation, Hadassah and Cincinnati Children's, to provide hospitality to Israeli short-term observers at Cincinnati Children’s, and more extensive services to long-term Fellows and their families."

Hadassah Cincinnati Chapter President Bonnie Ullner stated that her organization was, prior to the formation of the SHAI program, “providing these services solely to Hadassah doctors and nurses who came to Cincinnati Children’s on either a short-term or long-term basis. But we were more than happy to collaborate with Cincinnati Children’s and the Federation because at the end of the day our goals are the same, to make sure that any Israeli hospital staff member coming to our city feels welcomed and has as easy a transition as possible, whether they are coming here for a week or a few years.”

Since its inception, the SHAI program has accomplished the following:

Volunteers provided hospitality to four Tel Aviv University students who were here for three weeks in January 2014, including three Shabbat dinners in people’s homes, attending a Federation ISRAELITY program at Adath Israel, and skiing with Access members at Perfect North. One student commented that he had been to the East Coast and the West Coast before and had heard that people were friendlier in the Midwest, and now he knows firsthand that what they are saying is true!

Dr. Benjamin (Benny) Koplewitz, Hadassah radiologist, enjoyed Shabbat dinner with other CCHMC Israel fellows at Nina and Eddie Paul’s house, a brunch reception for the community at Carol and and Michael Schwartz’s house, and an Israeli film festival movie accompanied by a community member. Benny commented that he was “overwhelmed by the warmth of the Cincinnati Jewish community” and would “go back to Israel and share with all of my colleagues that Cincinnati is a wonderful place to go, both in terms of the excellent children’s hospital in which you will work and also the way you will be welcomed into the community.”

Volunteers are communicating with Hadassah doctor Oded Volvolesky, a nephrologist, who will be coming this summer for three years with his wife and children. We're helping him address anticipated needs for housing, schools, synagogue, JCC membership, etc. His biggest concern is that his wife get a job, as he indicated it is very important to her that she work in her field of social work, and anything we could do to help would be greatly appreciated. Committee members sent emails to their contacts with her CV, and job postings at JFS and the Federation were sent to Oded. He was overwhelmed by the response he received from the SHAI program and wrote, “I really appreciate your assistance and it really warms my heart and it makes me feel much better to leave my home and come to you. This is one of the reasons I chose to come to Cincinnati and not other places.”

According to Michelle Kohn, “In addition to Cincinnati Children’s being one of the top pediatric medical centers in the United States, the warmth of our Jewish community and the volunteer support provided to visiting Israeli patients and trainees is something that makes Cincinnati stand out when recruiting Israelis to come here.”