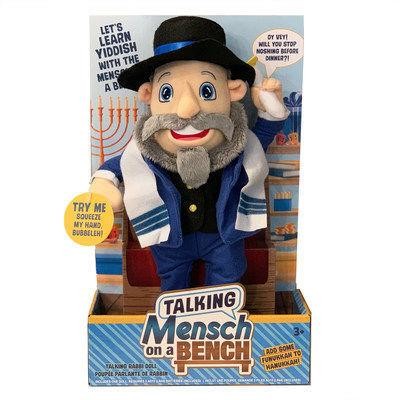 In just a short 5-year span, The Mensch on a Bench has gone from a "joke" on ABC's Shark Tank to a deal, and then to a lasting household brand known by Jews and non-Jews alike. With his signature smile and black hat, The Mensch on a Bench - with over 4 billion media impressions - is the most published brand to ever come out of the hit show. Now, on Moshe's 7th birthday, instead of presents, he has received a different gift from creator Neal Hoffman - his own voice!  Read More >